Ubi was born in 1974 and believes he belongs to one of the most lucky, unique generations ever lived: part of a demographic which grew up without Internet, slowly saw it appearing on computer screens, and gradually transitioned into a world where the net is now in our pockets, on our wrists, in our fridge and many more connected devices.

He started taking stuff apart when he was 6, and this desire to discover the inner workings of objects has guided his whole life through hacking computers, engines, code and electronics.  Armed with this curiosity Ubi became interested in many aspects of computing and technology, as well as many things technical.

Ubi supervised, directed and/or developed projects for Nike, Nokia, GoreTEX, Heineken, Bottega Veneta, Mandarina Duck, Electronic Arts, MTV and many more.  He currently teaches programming, electronics and other things to whoever wants to learn, often developing his own methods to explain really complicated things in a more tangible, down-to-earth fashion.

In his off-time, when showering or doing the dishes, he thinks about ways to improve things or invent new ones.
Ubi loves talking about the future. 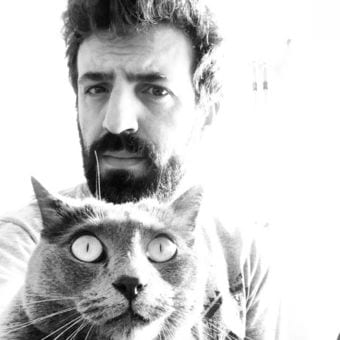 Closing the Circle: 8 Bit to 64 and Back