At the age of 7, Thijs wanted to become an inventor. It didn’t matter what, he just wanted to invent things. Several broken washing machines, a fried television and 8 blown amplifiers later he saw a magical light shining from a machine they called a ‘Macintosh’. He’s been hooked ever since. Thijs is always looking for new ways to interact with machines and everything involving technology. After learning every programming language within his reach, he choose an experimental education at the Royal Academy where he got his strong focus on concept and creativity. Since 2010 he is working at Little Miss Robot where he creates all sorts of digital awesomeness. From HTML5, iPhone apps to interactive installations… He’s the real deal! 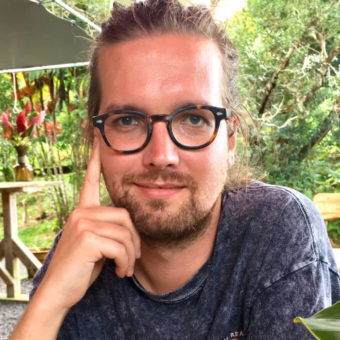 In Your Facebook: Social Hacking for the Greater Good