October 5-7, 2006 2006-10-05 00:00:00 2006-10-07 00:00:00 America/Toronto FITC Hollywood 2006 With the explosion of rich media and entertainment-driven Flash content, FITC is expanding to Hollywood, the capital of entertainment and rich media, providing a direct bridge from the key content industry drivers to the masters of the best technology to deliver that content. FITC Hollywood… Hollywood FITC Hollywood

Directing duo Rogier Hendriks and Kasper Verweij first came together as Onesize back in 2001 after they had both graduated at the school of Arts in Holland. The pair quickly attracted public and commercial attention for their motion graphic design and live-action experiments. Their work can be best described as intuitive, innovative and clever design with high standards in quality and creativity.

Ever since then, Kasper and Rogier have gone on to carve a niche for themselves with their consistently refreshing and inventive aesthetic as directors for live action and animation. Their award winning studio based in Amsterdam crossbreeds productions which are globally renown for it’s creative approach and distinct visual style. Being able to direct, produce, animate, design & post-produce all in-house, their studio offers a creative and flexible facility with experienced resources touching almost every media and technology necessary to create high-end design driven productions for film/tv and digital media. 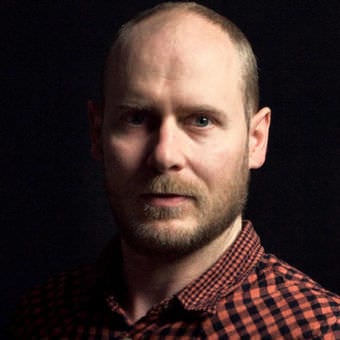