Amelie is a creative developer based in Toronto. She uses code as a medium to create art and sculpture. She currently works at Jam3 on experimental and creative-driven projects focusing on AR and WebGL, such as East of the Rockies and Love Lost. Originally from London, she previously worked at Hi-ReS! and Stink Studios on projects like void.hi-res.net and Chanel Intangible Matter.

Amelie’s work and noir aesthetics of art primarily focus on the alternative side of life and technology. Her work on VOID received worldwide attention and still remains a testament to how art on the internet can be seen and experienced. When she’s not creating or writing code, you can likely find her skateboarding in a park or at a trance music event. She finds a lot of inspiration from electronic and trance music and is an active member of the music community. 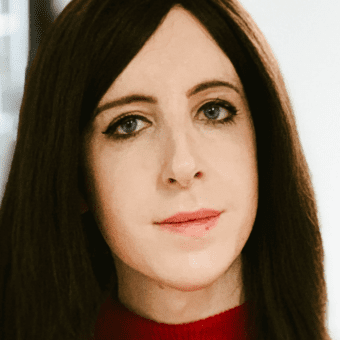 East of the Rockies: Developing an AR Game