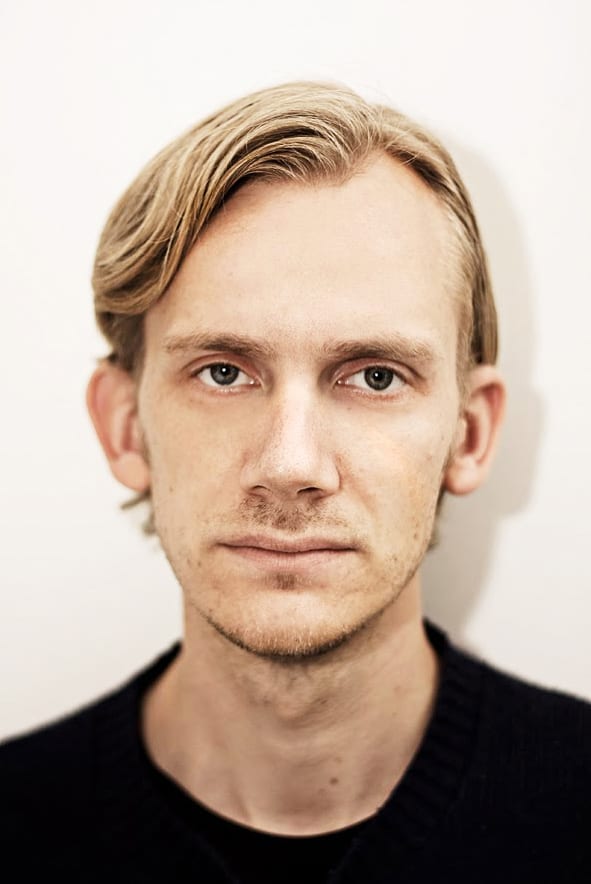 Anrick creates incredibly engaging stories and ads for the web, and lucky for those of you attending FITC Toronto, Anrick is one of our headlining speakers at this year's event.

He creates both commercial and experimental projects, trying to bridge the gap between browsers and smartphones and their users. He is an Interactive Director represented by Unit9, and is one half of arts collective Tango & Hawaii.

We're so glad that Anrick was willing to take some time out of his busy schedule to discuss his childhood, his experience in the industry, and to also talk a little bit about his upcoming presentation at FITC Toronto 2013, 'Cult Web'.

1) First and foremost, Anrick, can you tell us a bit more about yourself and your background? How did you get started in the business and where did the interest in ‘interactive’ and technology stem from?

It's an interesting question, because as I get older, I am realizing that there were threads throughout my life which were connected. However, at the time, I didn't really have the self awareness to see them. I was always a gamer, even as a young kid. I lost my teens to the Amiga. I barely saw the light of day. And at the time it didn’t feel like a loss because I felt like I was winning! I was experimenting a bit with code and visuals, and it was about more than just technical influence - games taught me how you can build narratives in a non­linear way.

Eventually I had to kind of go outside, study, and get a job - all that stuff. I ended up working in animation. That taught me scriptwriting, and how you layer up moving elements in a complex scene to make parallax, or how visuals and sound can work together in amazingly intricate ways to express a feeling. I learnt about the mechanics behind body language, and how you create human emotions out of a few lines on paper. Things like that.

As the web started to emerge as a platform for very simple new interactive types of experiments in the early 2000’s I started to get a sense that the browser had a lot more potential than just news and email. I was inspired by the early creators online. It could also be a place to experience things, in a similar way as you play games. An interesting question formed in my head - "Can you ‘play’ films?"

It’s too simplistic, but it felt like a challenge to me to try. I began to play with simple experiments of my own, combining concepts from cinema and technology and techniques from games. A kind of hybrid between those two worlds.

2) Looking back on your past (and maybe even your childhood), did you always dream of working in a role like the one you are currently working in? Or did you see yourself doing something different altogether?

I think when I was a very young child, I would have never been able to dream of the world we’re living in now. So imagining my job would have been very hard. I grew up in Africa, in Swaziland, when I was a toddler. I had a best buddy and the two of us caused all kinds of trouble, running around in the dirt and picking up random animals and plants to inspect them or play with them. I think, like my best buddy at the time, I might have gone more into the direction of biological or scientific research if it wasn’t for science fiction, which I discovered later on in my teens.

Science Fiction taught me to dream big. I figured by my 30s, I'd be a space explorer in another galaxy somewhere. I remember seeing a film about the year 2000, and it was all about flying cars and endless urban landscapes with tubes through which humans would travel using the flow of air, kind of like the Jetsons. Yet, none of that happened. The world today looks so much more like it used to in my childhood than I thought it would. We have asphalt, bicycles, antique furniture, books and brick houses and the only way to fly is with an airplane. Not very fancy. Not like they promised us.

But, it’s interesting because the real science fiction stuff turned out to be much more invisible. It’s things like the internet, and the power of immediate information. It's the power of code, and how it is allowing us to rediscover and reinterpret the world around us, or peek deep into the unknown. And it is also telling people stories over great distances, across different cultures.

So, although Science Fiction turned out to be a disappointment in some ways, what it did is show me that concepts of technology are flexible. And they are always going to be in flux. But it is the potential of how technology is used on a daily basis that really defines what changes around us. It's what we do with it incrementally. So ultimately, I think from my early days as an African explorer to my teens getting lost in Science Fiction books and games, all of it has brought me to where I am now. The disappointments and surprises combined mean I was destined to end up here - I'm just trying to make the best of it!

3) As one of our featured speakers at FITC’s largest, 3­-day conference on home soil in Toronto, what would you say you are most excited about?

I’m super excited to see the other speakers. The line up is fantastic, and to be honest, even the people I haven’t already seen or discovered are going to teach me so much. But I am definitely already a long­term fan of so many of the speakers that will be on stage, so I am going to sit down and take photos and notes, tweet like a fanboy and just enjoy it.

I find it very interesting to listen to people dissect and analyze their work. Whatever the project, and whatever the technology behind it, the process of making a presentation about that work is a very different challenge and it forces you to break it up, and look at all the pieces that make that project work, and analyse them, publicly. It’s very interesting to do that ­ and of course, it’s fascinating to see others do it too.

4) Would you be able to give our attendees a little peek at what they might expect from your presentation, ‘Cult Web’ at FITC Toronto 2013? (You could use this question as an elevator pitch of sorts for your talk!)

My talk about Cult Web is really about memories. About what kind of memories are we making on the web, and asking: how long will they last? If I think back to my childhood there are some really strong memories I have of television films, tv shows, and also ads. There’d be something new and amazing and you’d share it with your friends at school and giggle together about it or just wonder how the hell they made that, or what might happen next.

I’m wondering these days if online, in the browser, we’re making the same kind of memories. But in a different way. I’ll of course discuss my projects as well, including Find Your Way To Oz, which is my latest, a Chrome Experiment I made for Google and Disney. Creating something memorable is at the heart of what I aim to do, and my projects will give some context to the Cult Web theme.

5) To extend a bit on the last question, could you discuss the term ‘Cult Web’ in more detail and what it is and what it means to you? Also, why do you feel it is so important for people to pull experience, ideas and inspiration from from ‘cult’ content online?

The term Cult Web occured to me recently, as a result of the amount of content we have coming at us these days. I am swimming in a world of micro moments. And each of them is much less than a short film, a commercial, or a newspaper article. I find it hard to find a larger narrative, and there’s little room for anything more meaningful. And as I am spending more and more time online now, year after year, I am missing that strong narrative presence.

The convention says online audiences don't have the patience, that they'll get distracted, and that there is a 3 second attention span. But maybe the problem is simply that we spend our attention on the wrong thing. Cult Web is my answer to the idea that in and amongst all of this is meaningful, memorable content. It’s my way to group that which really grabs me, which really captivates me.

Cult Web is content which steps outside the standard web narrative and it's technical limits. The kind of content that genuinely pulls you in and has you at the edge of your seat. Stuff that is better than the meme of the day, and which is bigger than just one target audience. Ultimately, Cult Web describes what I hope to do. The kind of projects I aspire to make, and the ones I admire. I've not made it yet, but I am working on it.

6) One last question for you – would you mind talking a little bit about some upcoming projects that you’re working on? We are really eager to hear about what you’ve been up to these days!

I am trying very hard to finish a personal project that has been in the back of my mind for way too long. So I would say my main push is on that. It is a very simple interactive documentary about the arctic, fascinating but I find it very hard on personal project to make myself happy ­ I find it hard to put my tools down and say ‘done’.