Recap: Be a Snortvart with Sara Blake 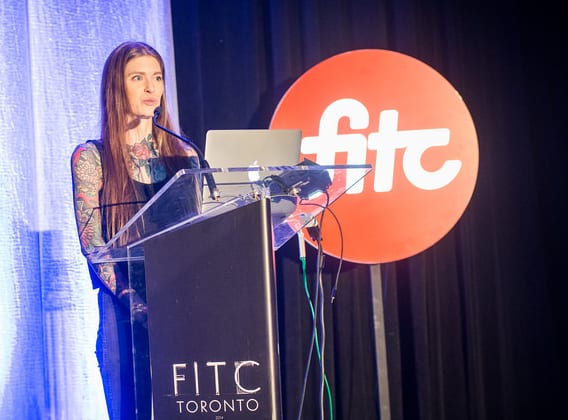 When Sara Blake was a child, she wrote a story about a Snorvart: a creature who is equal parts deer, rabbit, moose, dog and elephant. Naturally, an animal this odd was subject of ridicule amongst its peers but his mother was there to protect him. She gave him the choice: stay home in her protection or go out into the world and brave the ridicule of the other animals. The courageous little Snortvart decided against the easy path and chose to face the world.

That story parallels that of Sara Blake’s career. Born and raised in Virginia, where people were primarily interested in hunting, Nascar and beer, Sara’s interest in drawing appears to have made her an oddity. She was fascinated by nature but had unfortunate vision problems; she had to wear an eye-path due to a lazy eye, as well as glasses and she had to undergo various eye surgeries. However, she refused to let close-sightedness hinder her – she would simply need to look at things at a closer distance, which allowed her to see things that many would miss at a passing glace. This approach would later inform her work.

Instead of hiding from the world, she went to school in and fell in love with New York City, where she now resides. In her work, using digital design tools left Sara feeling unsatisfied with the work because it didn’t feel personal.

She wanted her work to have her “fingerprint” and, although it may have been more lucrative to follow that kind of design work at first, she decided to follow her heart. At the core of her work is love, and the name of her studio “ZSO” serves as a reminder of that. If one looks closely at the negative space between the Z and the S, they might notice the upside-down heart shape that lies therein. What this was meant to signify is that she follows what her heart tells her to do.

If struggling to find what you love, Sara recommends looking back and remembering what brought you joy as child. For her, it was illustration. Following her heart, she resolved to do illustration in the hours that she wasn’t doing her day job as an interactive designer, with “I’ll sleep when I’m dead” serving as a mantra.

To find her style, she repeatedly drew the same subjects in a variety of ways, experimenting with lettering and simply doing portraits. In this time, she learned some lessons that she would take with her in her career and share with us: Firstly, the tools don’t matter – there is more than one way to get things done and there’s simply not one “correct” way to do anything. Next, don’t wait for someone to hire you – do the work you want to do. Also, separate your love of the work from monetary motivations. And finally, free yourself of expectations – expectations from others as well as expectations for yourself. Eventually, Sara’s personal work would lead to exciting opportunities for her. 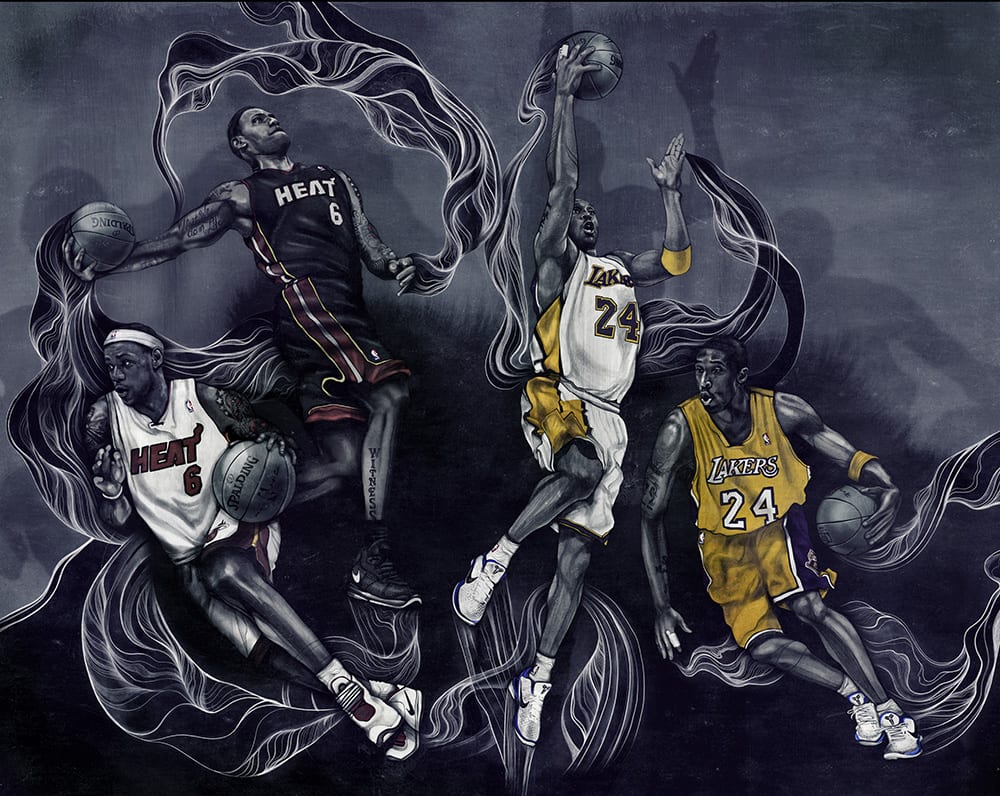 One such opportunity was working for her dream client: Nike. She was hired to draw large murals for one of the Nike stores. And, although, it was a rewarding learning experience, it was also a laborious one (each mural needed between 10 and 20 revisions each), which ultimately left her feeling unsure about her own work. She needed something to reenergize her.

Sara shared with the audience with some of the exercises and hobbies she busied herself with to help her through that difficult time. She found inspiration in the worlds of Gustav Klimt, Minhwa art and Earnest Haeckel as well as Joshua Davis’ “Once Upon a Forest.” She also started “texture hunting,” which is the finding and documenting of interesting textures and details that is often not acknowledged on first glance. She began collecting notebooks, which she drew in to keep her mind active.

Collaboration and experimentation helped her find the control over her work that she was seeking. It also gave her opportunities to do museum shows that she may not have otherwise taken part in. And, after seeing Sara’s work online, clients began approaching her and commissioning her for work that she was already doing. As she continued experimenting, more clients took notice.

It may require trust in yourself and the universe but, it’s far more rewarding to follow your heart. Sara’s Snortvart story had a happy ending. Once the odd little creature resolved to join the world, he studied hard in school and excelled at his favorite subjects. Eventually, all of the other creatures would see his work and would learn to appreciate it. Perhaps naïve, by her admission, the story certainly has its merits. And, in the end, she urges us to save the endangered Snortvart by becoming one.

Douglas Godinho is an aspiring creative with an interest in literature, film and video games. Follow him on Twitter @dgodinho