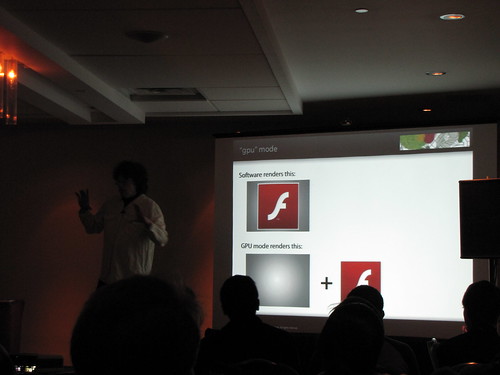 A follow up to last year's FITC presentation, Jim Corbett was back with version 2 of Flash Internals. As a developer, I've found last year's session and as well as version 2 as one of the highlights of the conference. Beyond getting tips on how to optimize your code based on how the Flash Player works, I find it incredibly fascinating to find out more behind the scenes information on the Flash Player.

Some interesting highlights of the session: 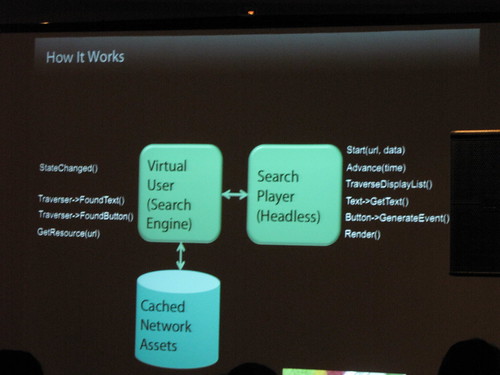 After the session, I approached Jim Corbett with 2 questions, that I've been wondering about for some time. One was what would be the direction of ActionScript now that EMCAScript 4 is dead. He said that Adobe were likely going to do their own thing, reacting to what the community wants while at the same time trying not to drift too far from the ECMAScript standard, since so many developers were familiar with it.

My other big question was about getting a seperate thread for the UI in the Flash Player beyond Pixel Bender. He mentioned that it was not going to happen any time soon, as it would require a completely rewrite of the Flash Player. He pointed out, that this does not mean it will never happen, pointing out when a complete rewrite of the Shockwave player was done, where the new player was created in parallel to maintaining their old player. He said that eventually code gets old and crusty and a complete rewrite is needed, but anything that radical is still very far away from happening, so in the meantime developers that want their own threads in Flash could use Pixel Bender for certain use cases.