Get to know Mary Franck 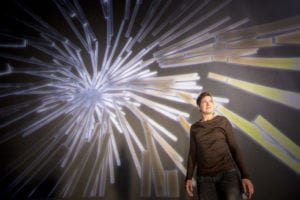 Mary Franck is an artist and media developer. As an artist, she creates visceral, contemplative experiences entwined and in contrast with contemporary digital technology. Professionally, she makes real-time and interactive video scenes and graphics, creates immersive and building-scale video projection software for events, and releases TouchDesigner software for live video performance. She worked for three years as Senior Interactive Art Engineer at Obscura Digital, where she lead the software development and projection mapping for numerous projects, including the Sheikh Zayed Grand Mosque Illumination. She has also projection mapped robots for Bot & Dolly and made custom A/V software for Bassnectar with [Name the Machine].

Mary will be presenting Aesthetics of an Abstract Machine at FITC Toronto April 27-29, 2014. Thanks for answering some questions for us, Mary!

1) Tell us about your early beginnings, how did you get your start?

I drew and painted for years before I ever thought to make interactive art. Then one day I met some people who invited me to be part of their Burning Man camp: Dance Dance Immolation. They had built a version of the popular Dance Dance Revolution video game that blasted participants with flame throwers. I joined the crew and it became a point of departure for my work. I learned to weld and lace my metal sculptures with sensors and speakers. But I was terrible at electronics, so I started experimenting with computer vision and Max/MSP. I fell in love with video and code and have been working to express my painterly aesthetic in algorithms and 3D ever since.

2) Within your Industry, is there someone that inspires you? 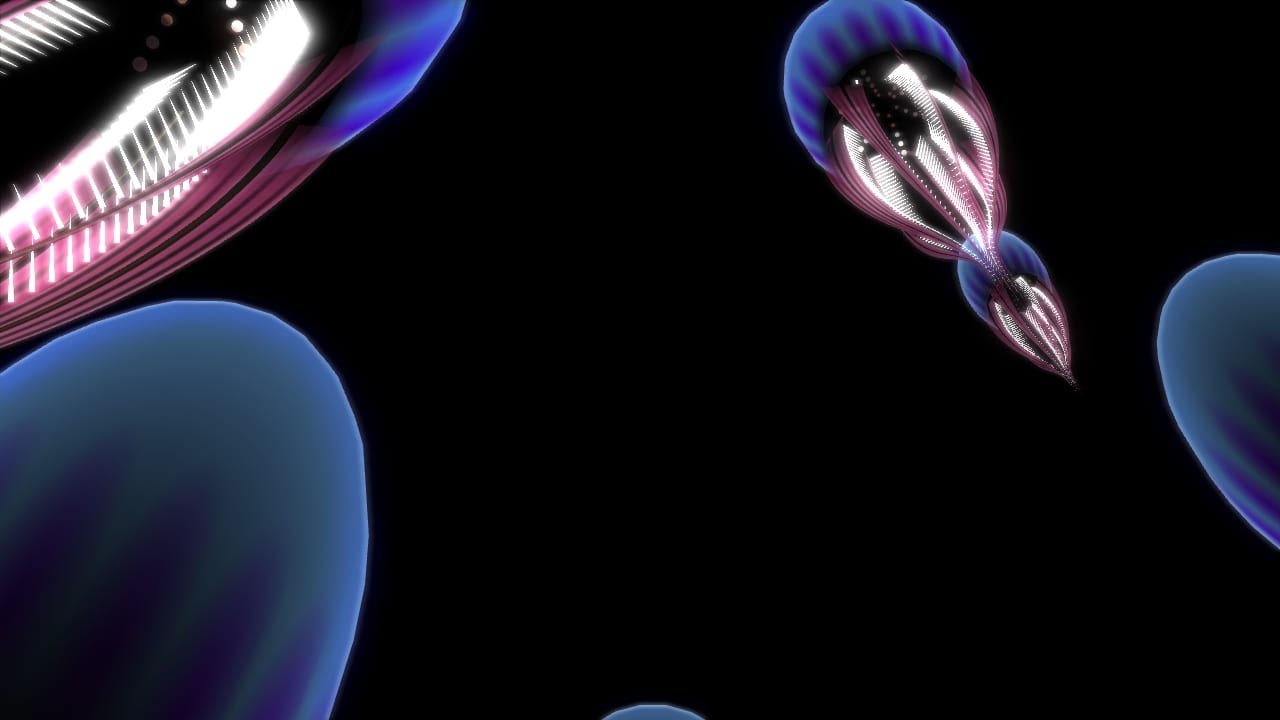 3) Do you have any future projects lined up, and can you share them with us?

I’m currently working on Carapace, an immersive AV performance that will take premier in the Society for Art & Technology’s SATosphere dome May 22, 2014. The piece will visually draw on morphogenesis, ocean creatures, and algorithmic form to depict the growth, ossification, and dissolution of the self. The majority of the visual content will be rendered in real-time, performed with and responding to audio thereby enforcing the sense of live, intelligent form.

As a child of the 80s, Cheetara, of course! She was so fast and brave, and had her special 6th sense. Like all the Thundercats she had a strong sense of ethics and justice. For a long time I really wanted spots.

5) Favourite music to work to? Any specific artists?

I like hip-hop: older stuff like The Fugees and NAS for the lyricism, mid-2000s stuff like E40 and Missy Elliot for the production. In the studio I listen to a lot of electronic music. In its heyday I was riveted by psychedelic breakbeats like Tipper. Now I listen to heady techno like Magda and Holly Herndon. And when I’m feeling sentimental, electro-pop like Poliça and Little Dragon.

6) If you weren't doing what you are now, what would we find you up to?

For a while I thought I would be an industrial designer. Now everything that people are doing with 3D printing and CNC promises to make sophisticated fabrication more accessible. Who knows, maybe I’ll have another chance. I would probably need hipper glasses.

Thanks, Mary. We look forward to you speaking at FITC Toronto 2014!