Get to know Ben Weeks 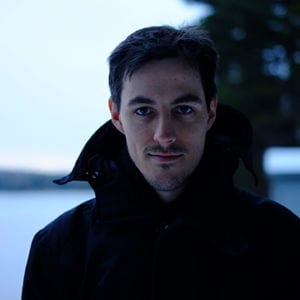 Ben likes making really awesome stuff with people to get other people interested in what his clients are doing. He's been doing this for 9 years, illustrating as well as advising people on a range of issues relating to brand, social media, technology and cultural experiences.

1) So, Ben, what do you think is the biggest challenge our industry faces right now?

2) Do you have any future projects lined up, and can you share them with us?

Pentagram London and the Art Director's Club office in New York each have given me projects I'm working on now. I'm humbled and excited as the ideas are quite different than anything I've attempted so far.

3) Favourite cartoon character or superhero, and why?

The old man in UP! is my favourite because of that sequence where his life story is compressed and expressed with such pathos without words in a few visual moments. Pete Docter and the team at Pixar are uniquely gifted.

4) Favourite music to work to? Any specific artists?

For a rainy autumn day: "The King's Speech" soundtrack's title track, then, Ólafur Arnald's album "Living Room Songs," perhaps followed by "His Eye is on the Sparrow" by John Scofield for a lift, then into the evening, Tycho, DJ Krush and Chris Botti.

5) If there was one person dead or alive you could have dinner with, who would it be and why?

It might depend on if we're going back to the time this person lived or if the person was made alive to talk with us today. So, maybe for example there's a way of talking down a Hitler or Stalin if we go back in time far enough. It would save a lot of lives if we were successful. We would not want them revived though for our time. I would present to them the results of their actions and how they are remembered in the future as a kind of "ghost of christmas past" I'd likely bring a psychologist, Dr. Jordan Peterson and perhaps others depending on the security context and exfiltration needs as the case may be. Similar issues would apply to a contemporary situation, though a great deal of research may also be needed to consider the context in greater detail, North Korea for example.

Thanks for taking the time with us!

Ben Weeks and David Gillis will be sharing how you can win the jobs you want at Spotlight: Freelance with their presentation "Adding Value: Creative Approaches to Pricing and Positioning" on Saturday, September 28.