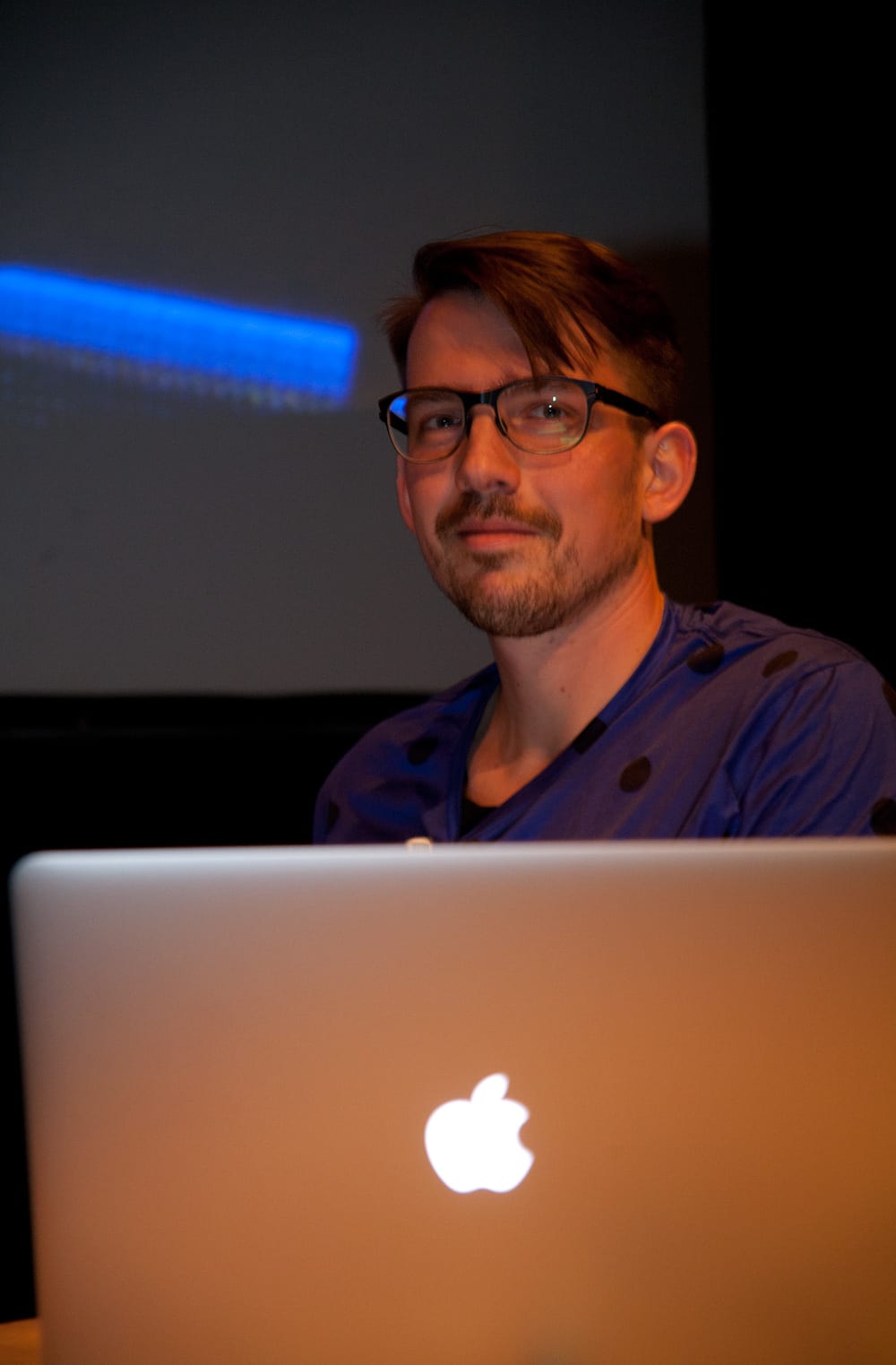 Marcus Wendt is the creative director of FIELD, known for creating dynamic digital artworks for a wide range of global clients. In his session, Marcus talked about influences, inspiration, his thoughts on design, as well as his relationship with technology.

When Marcus first started his career in design, he felt his work was somewhat generic and lifeless. One of the sources of inspiration to him at that time was pro-skater Rodney Mullen, not just for the radness of his tricks, but for the dynamism and energy of the video’s that documented it. However, he found himself unable to transpose that energy to his own work.

This changed when he got introduced to the starlings on Otmoor, and the simple mathematical rules that can be used to simulate such flocking behaviour: alignment, cohesion and separation. Go roughly the same way, stick together, and don’t bump into each other. These rules are simple, and so are the formulas used to approximate them. Yet when repeatedly applied in a digital simulation, a sort of natural beauty will emerge.

The first application Marcus found for this was creating a visual identity for a german film festival. Using the rules of flocking, he had found a way to bring energy and life into his work, and used it to create a coherent aesthetic across motion and print. This marked a turning point for him, and he has continued to use code to enrich the projects he works on. Or, as he put it, to use code to sculpt a possibility space.

Procedural emergence is a recurring theme in the work of FIELD, like the huge video wall they created for the Deutsche Bank headquarters in Hong Kong. Here, eight different real-time generated animations run day in day out, though never quite repeating. Another striking example was commissioned for a digital art venue in Paris. For this project, FIELD created an entire ecosystem of tiny digital creatures, each evolving a unique way to propel themselves; a motion essential to life.

Marcus also talked about design in a broader cultural context. For him, design is not about solving problems, but about enriching lives. This is what separates design from dentistry. It is a process of cultural invention, where design and technology influence culture, and culture influences design and technology. An interesting example he mentioned was a project that explores the use of make up as a countermeasure to facial recognition; an aesthetic as a cultural reaction to a technology, shaped by the way that particular technology functions.

Being conscious and critical of his own practice, as well design in a broader context, has been a boon for the creative output of Marcus Wendt. The advice to take away from his session is to is to never stop asking questions, and to incorporate the answers you find in both process and product.