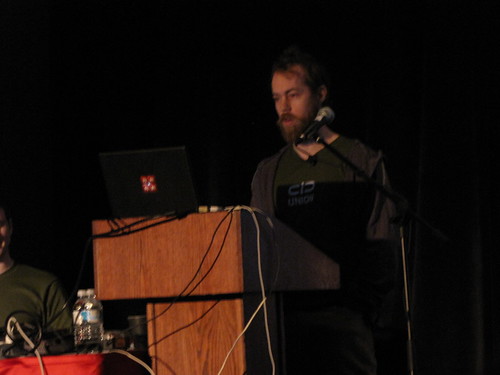 FITC regular Colin Moock started off his session discussing how he first got interested in multiuser applications as a child through video games. From very basic Atari games where high scores were recorded by taking pictures of the television screen and sending them into Atari to 3D multiuser first person shooters like Quake to modern multiuser games like Big Little Planet. Moock mentioned that 5 years ago at FITC he declared it was the beginning of the "Multiuser Era", but it's taken until now for it to really happen. Back in 2004 he mentioned how everything should be multiuser, that an app that was not multiuser would be like a computer without the internet. Colin mentioned that back in 2004 he mentioned that even Word should be multiuser and most people went "huh", yet today multiuser document editors such as Google Docs are growing in popularity.

Colin Moock is off to pursue this dream of increasingly more multiuser applications by announcing a new company that he was co-founding with Derek Clayton "User1 Subsystems Corporation". 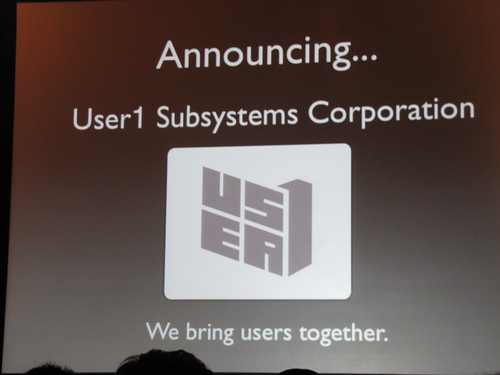 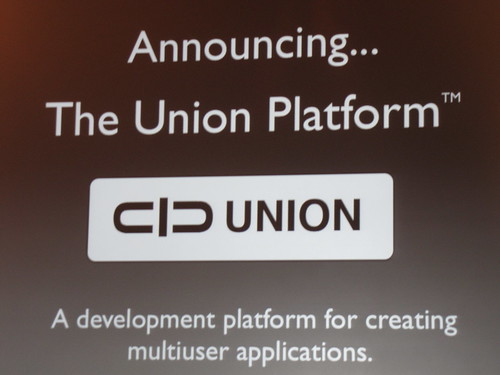 Colin demoed how easy it is to put together a multiuser chat by programming it right then with less than 60 lines of code just 8 minutes. Then Derek talked about the server side and how programmers could develop for it.

Colin thinks this is the beginning of what he calls the "Universal Controller Era" (tricorder Colin mumbles to the amusement of the audience). Where we soon will see any phone be able to connect to any device.

Union has already been working with a company called MegaPhone. Colin showed an video of people playing a game on a billboard using their telephone, having called in a number. The audience got involved as those with an internet connection played two demo games.

So quite the interesting set of announcements of from Colin Moock.

For more on the Union Platform check out unionplatform.com.