Matthew Willox is a multidisciplinary artist & programmer living in Edmonton, Alberta. He was once described as a "Rubik's cube made of cats" for being difficult to pin down. He seamlessly transitions between visual art, music, and programming. It is Matthew's insatiable curiosity and dedication to practice that powers his creative output. 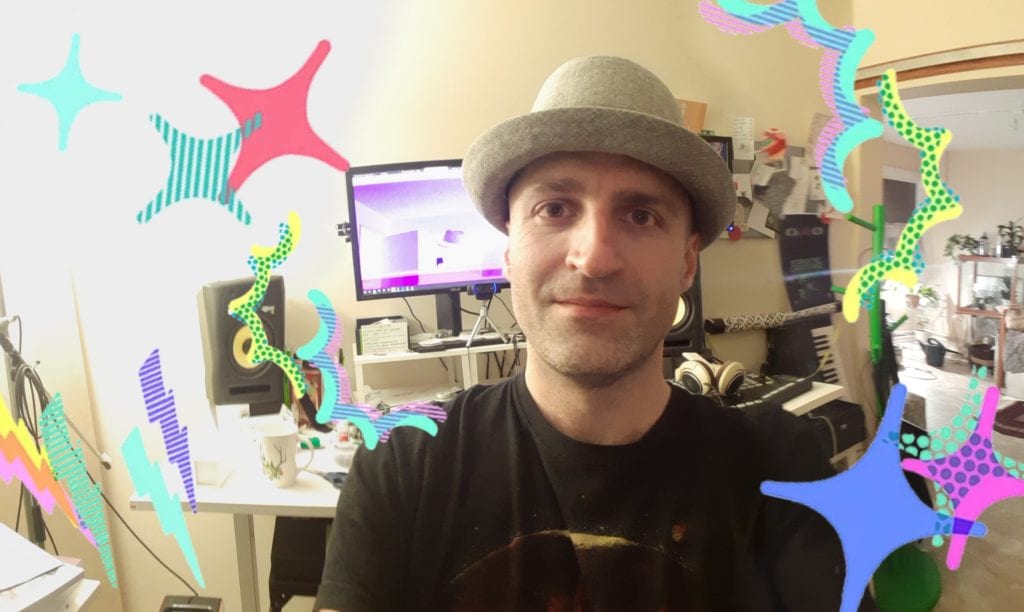 Matthew is the technical director at gskinner, and the lead behind Web Unleashed 2018's creative direction and title sequence.  We chatted with Matthew about his work below: 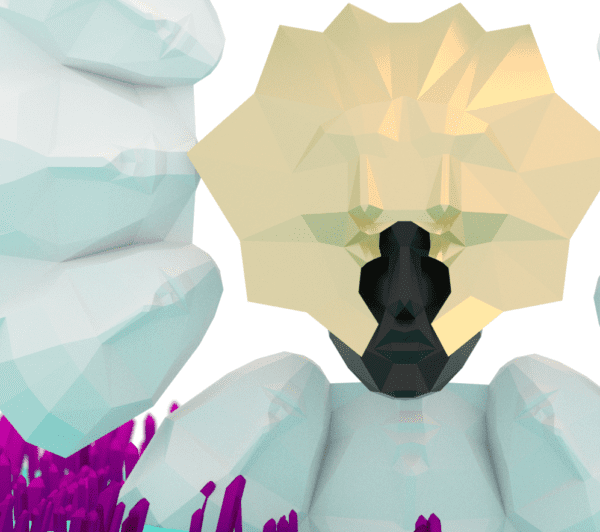 What was your inspiration for the creative and titles?

The general theme I'm trying to get across is that now (at the conference) is the time to get excited and take it all it. Listen (ear), touch (hands), speak (mouth), heart (have a heart, or 'feel'). Open up! Secondary themes are speed, simplicity, magic, mystery, and beauty.

The goal was to establish a dark scene, but then contrast that with a ton of colour and excitement. Like "HEY! You're here! It's time! YAY!"

I wanted to have my main character be a woman. The character is naked, but they're not sexualized. For the colour of the characters, I was thinking about Afrofuturism and feminism. It is important to represent this right now. Is putting a black/chrome naked computer woman on a motorbike, feminism? Good question.

And to give the audience an iconic vista that is unique to this event. Years later people will remember "oh yeah the one with the bike!" (Hopefully!)

Masks play a feature role in the creative, can you explain why?

Masks play a unique role in Canadian history. The exhibit about the Haida art at the Royal BC Museum in Victoria inspired the masks. I was careful not to reference or appropriate Haida art. I didn't want to copy Haida masks. Haida masks made me think about masks and why we use them. 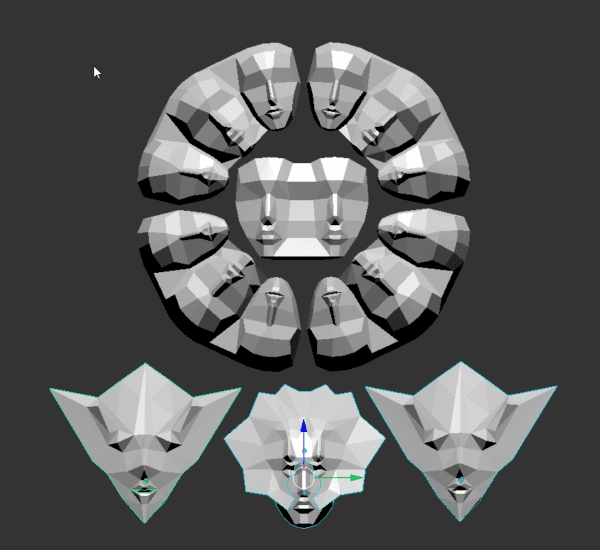 The mask represents anonymity. Anonymity is something we need. A ubiquitous tool used by all sides and all players. Not good, not evil.

The mask itself is supposed to be a "face scrambling" mask that would allow it's wearer to avoid detection from automated computer vision based identification.

What techniques did you use in creating the titles? Did you learn anything new during the build?

My process for making things is to work slow and steady. I accumulate pieces over time. I do that until I'm ready or external forces come looking for results. I usually have a very hazy notion (an intuitive vision) about how the end result should feel.

Part of the opening section. The bike is never actually moving, because it's kind of a pain to move vehicles around realistically. Instead, I move the environment around the bike.

Ideas come and go. As long as I am creating, I know that I have parts to use. It's important for me to lock in themes early so that everything can work together. Separate elements need to come together somehow. That leads to more creation.

I have never actually made any kind of credit sequence before. This is my first time. I have written music for a very long time, so that was the easy part for me. I applied what I know about music to making the sequence. You need tension and harmony, beginnings and endings, questions and answers. 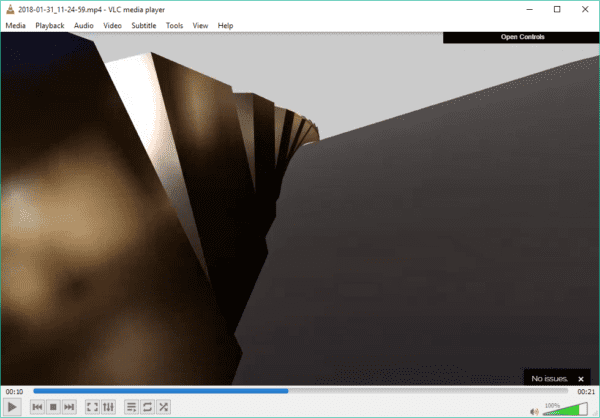 Frame from the very first piece of animation. Humble beginnings!

I learned a lot of things. I have pushed myself and this project was a deliberate attempt to do so.

We're there any techniques or elements you wanted to use that didn't make it past the cutting room floor?

So. Many. Things.
I abandoned a lot of ideas because they are way too conceptual. I would ask myself "what does this mean?" I decided to keep it or cut it based on the answer. 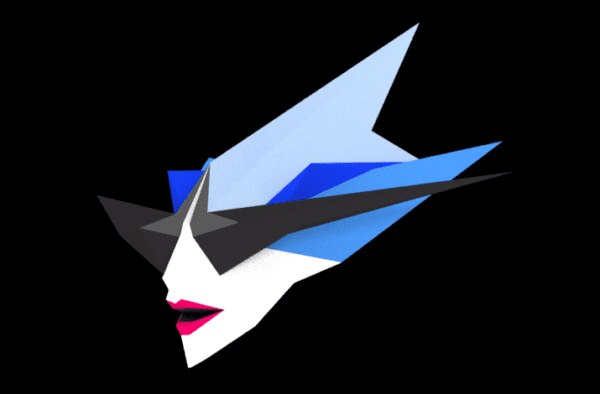 I had designs that were trying to reference Toronto directly. I wanted to have these flying faces. This step really helped me decide that I needed to be much more daring in what I was going to present.

I created a shader for ThreeJS that uses a Signed Distance Field. I can composite SDF's and ThreeJS geometry. The plan was to make an SDF modeler and then use that to morph between shapes. I was so hyped on this idea last winter and felt it was so vital. As the year progressed, I lost interest in it.

I wanted the credits travel to different landmarks in Toronto, like the opening of Game of Thrones. I felt that while FITC WU is in Toronto, it's bigger than that. 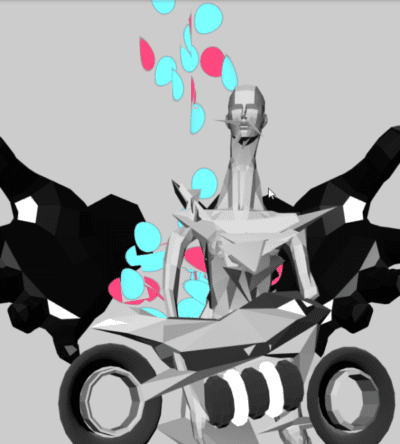 Things don't always work the way you want them to. You end up with these cool monsters.

The ear was originally supposed to be a black hole that pulled everything in.

It's important to have lots of ideas. I stuck to the basic ones. Simplicity has never failed me.

I have only ever attended one other FITC event which was CAMP in 2017. I was completely blown away. Honestly, one of the most inspiring times in my life.

All my life I have been this weird person who doesn't fit the artist or programmer model enough for either group.

I saw this as something that I needed to fix. CAMP allowed me to reflect on that feeling.

And now for the full version of the Web Unleashed 2018 Titles: 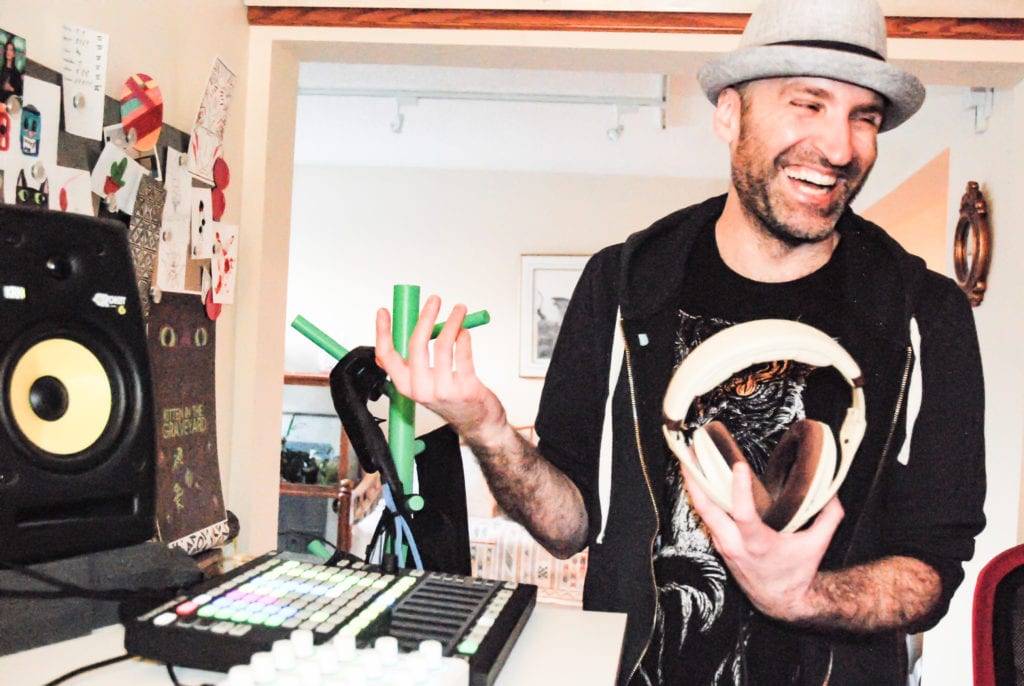